The Princelings of the East by Jemina Pett REVIEW

The Princelings of the East is the first of a trilogy telling of the adventures of Fred and George. When the King's Birthday feast is ruined by an unnatural power drain, our Princeling heroes leave their scientific experiments to set out in search of answers. They encounter the enigmatic businessman Hugo, the impressive Prince of Buckmore, the wise Lady Nimrod, the irrepressible barkeeper Victor, but find themselves threatened by those with vested interests. The scene shifts from a rural, feudal setting to the towers and heights of the curious Isle of Hattan, but where, or when, are they? Time is of the essence in solving this puzzle, and our heroes must keep their wits sharp and their heads clear if they are to survive. Suitable for good readers aged 10 and over, The Princelings of the East is a fantasy adventure with the charm of the Wind in the Willows in a world reminiscent of Anne MacCaffrey's Pern.

"Jemima Pett has woven a suspenseful mystery featuring a cast of memorable characters headed by the two charismatic guinea pigs, Fred and George. Pett dives into the story right away introducing Fred and George and establishing the crux of the plot early in the book - namely, the mysterious Energy Drain. The plot line, with its many twists and turns, is very intricate and complex; thus, making it enjoyable for older tweens and even adults. Science fiction aficionados in particular will be interested in the element of time-travel in this book."
~ Mother Daughter Book Reviews, 5 Stars

"It was easy for me to settle into Pett's writing style; it's been a while since I've read anything by Anne McCaffrey or J.R.R. Tolkien, and Pett's writing is a welcomed reminder of how that style of writing can really add to a good plot-line. I have to say that I was impressed with the novel overall. Although it is for older children, it's still written in a way that will appeal to many adults."
~ Megan, Amazon, 5 Stars

"After reading The Princelings of the East, I felt as if my IQ had gone up a few points with Ms. Pett's vocabulary choices - what refreshing text. This true adventure book which includes a fight, time travel and mysterious strangers is reminiscent of Wind in the Willows - with a twist...I give this book 5 out of 5 stars. I enjoyed it very much and look forward to reading the next book in the Princelings series."
~Christine M. Goodreads, 5 Stars.

I received an e-ARC copy of this book in return for an honest review. This is an extremely fast paced read and I was intrigued by the story line. Though, it was hard to follow for me, I still enjoyed every minute of it from beginning to end. I felt this was very cleverly written and fun read. I loved Fred and George. This author is very good at capturing her audience with her writing style of suspenseful and mysterious plot and memorable characters. This is a recommended must read that will keep you wanting more!! I give this story 5*s. 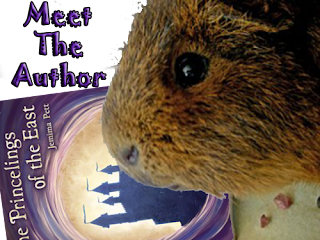 I've been writing since I was about 8 years old. When my mum died in 2003, I found a small booklet in her box of treasures, written in a very childish hand, entitled The Little Stream. I've been writing articles and reports for newsletters and magazines ever since, but I couldn't find interesting characters and plot for a novel! I worked in business for many years. I wrote manuals, reports, science papers, blogs, journals, anything and everything that kept the words flowing. Finally the characters jumped into my head with stories that needed to be told, and THE PRINCELINGS OF THE EAST was born. I now live in Norfolk with my guinea pigs, the first of whom, Fred, George, Victor and Hugo, provided the inspiration for my stories. And the picture is me with Fred. That's Princeling Fred, of course!

The Princelings of the East Blog Tour Schedule (2013)

*** The Princelings of the East Blog Tour Giveaway ***

Prize: One winner will receive a $25 Amazon gift card or PayPal cash + a paperback copy of The Princelings Trilogy by Jemima Pett Contest runs: September 23 to October 20, 11:59 pm, 2013 Open: WW How to enter: Enter using the Rafflecopter widget below. Terms and Conditions: A winner will be randomly drawn through the Rafflecopter widget and will be contacted by email within 48 hours after the giveaway ends. The winner will then have 72 hours to respond. If the winner does not respond within 72 hours, a new draw will take place for a new winner. If you have any additional questions - feel free to send us an email!
a Rafflecopter giveaway

Posted by BookwormBridgette at 3:30 AM

Eryn has been getting bigger and older as kids tend to do,  and she has decided that she would like to have  a better way to explai... 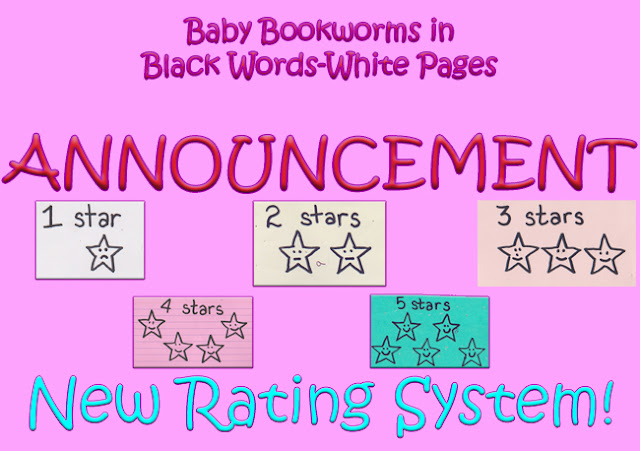 Make Yourself At Home!!